The spooky season is upon us. Take a walk through Ditmas Park or Clinton Hill and you’ll see skeletons climbing buildings, massive tarantulas building webs, and a dizzying array of colored pumpkins. New Yorkers take the holiday of Halloween more seriously than you would expect. The Village Halloween parade attracts more than 50,000 participants and Brooklyn apartment buildings on a designated “trick or treating block” spend thousands of dollars on candy. ‘Tis the season for Hocus Pocus 2 with a lap full of fun-size wrappers (no judgment here!). But if you’re feeling antsy from being stuck at home (and have watched all streamable content), here are five killer ways to get a jump on the revelry. There are no hayrides, pumpkin patches, or pumpkin spice lattes on this list; instead think scary-sexy date night, late-night graveyard party, a festival of horror movies, cocktails with a haunting hangover, and one terrifying (yet educational!) art show.

If kitschy pumpkin decorations insult you, immerse yourself instead in the dark decor of the goth-metal Halloween pop-up bar, Black Lagoon, which has taken up residence at East Williamsburg’s Our Wicked Lady all month long. Created by industry veterans, Erin Hayes and Kelsey Ramage, visitors will enter a dungeon-like environment, complete with occult symbols, skulls, and life-size coffins. “Think more House of 1,000 Corpses and less The Nightmare Before Christmas,” the press release warns. The decorations are only half the fun; don’t forget the cocktails. Order up a Screaming Banshee (gin, apricot liqueur, pineapple syrup, and Greek yogurt) or a Hellraiser (tequila, spiced rum, Cointreau, and orgeat) in a souvenir cup and let the screams of Black Sabbath lure you to the dark side. Our Wicked Lady, 153 Morgan Avenue, East Williamsburg.

Dinner in the Dark

Although this is not a Halloween-specific event, having dinner in the dark would make an incredible spooky yet sexy date night. Guests arrive at the Abigail’s Kitchen without knowing what is in store for them on the prix-fixe sensory journey created by chef/owner Abby Hitchcock. Blindfolded, diners are unable to see the four courses set before them, and must rely on their other senses to smell, touch, taste, and listen to their food, assisted only by the unlimited wine they’ve imbibed. Tickets are expensive at $150 per person, but unlike most prix-fixe menus in the city, this one is a true experience you can’t have anywhere else. It’s a chance to relinquish control, embrace the night, and overcome your food fears. Abigail’s Kitchen, 193 Henry Street, East Chinatown. Every Wednesday at 7:30 pm and Saturday at 8:00 pm. 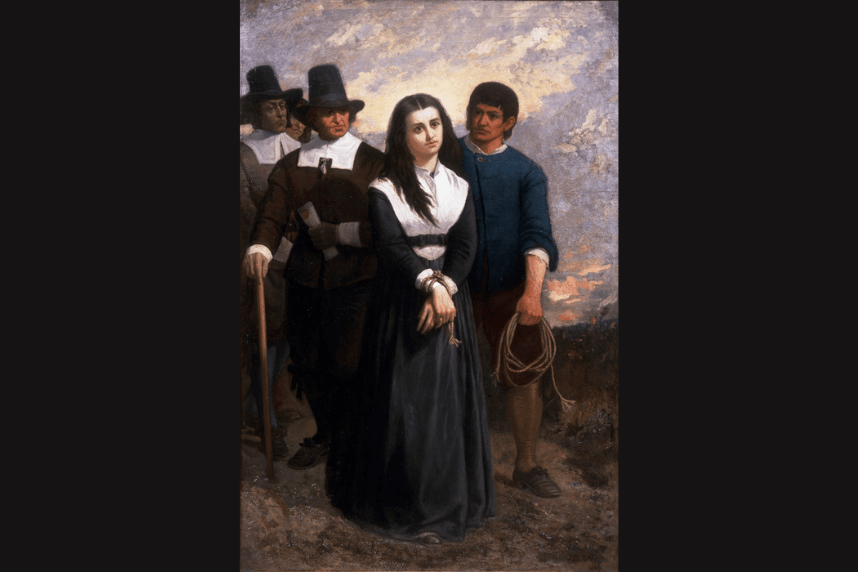 It’s true what they say: truth is often stranger, and scarier, than fiction. That’s the case with this new exhibit at the NY Historical Society about a crazy chapter in American History. Whether or not you believe in witches is irrelevant; 200 people in Salem, Massachusetts were accused of practicing witchcraft in 1692 and 1693. Nineteen of those people were executed, and many others were killed in the proceedings. In this show historical artifacts, handwritten letters, and contextual materials like 17th-century furniture and everyday items help locate the viewer in time. Additionally, the exhibit also includes works of art from ancestors of the accused, including the late fashion designer Alexander McQueen who was a descendant, as well as a photo series of witches practicing today and a tarot card experience. The exhibit concludes with a display connecting the Salem trials to modern life and asks visitors what role they will play in moments of injustice in their own lives. It’s a good reminder that the community who would burn their neighbors to death on a stake, and the bystanders who let it happen, are far scarier than any witch. NY Historical Society, 170 Central Park West, Upper West Side. Adults: $22, Seniors, Educators, Active Military: $17, Students: $13, Kids (5-13): $6, Children Under 5: free. 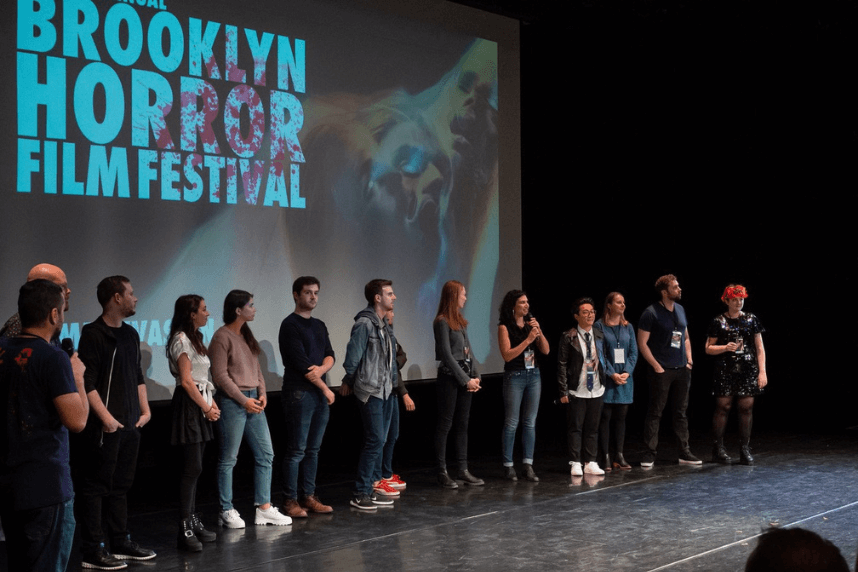 October is a great month for horror movie fans. There are always some cult classic midnight screenings to drop into or a month of Hitchcock classics with Hitchcocktober at Angelika Village East. But for anyone who wants even more thrills and chills, buy tickets for the Brooklyn Horror Film Festival which runs through October 20th. Taking place at showings all over the borough, there are enough new and classic screenings and live events for anyone on the scream spectrum. My top picks: a screening of the 2001 film, Fat Girl, a very disturbing coming-of-age drama that has stayed with me for over two decades, and the 40th-anniversary screening of The New York Ripper, an Italian Giallo film where the killer talks in a Donald Duck voice. Through October 20, various locations. 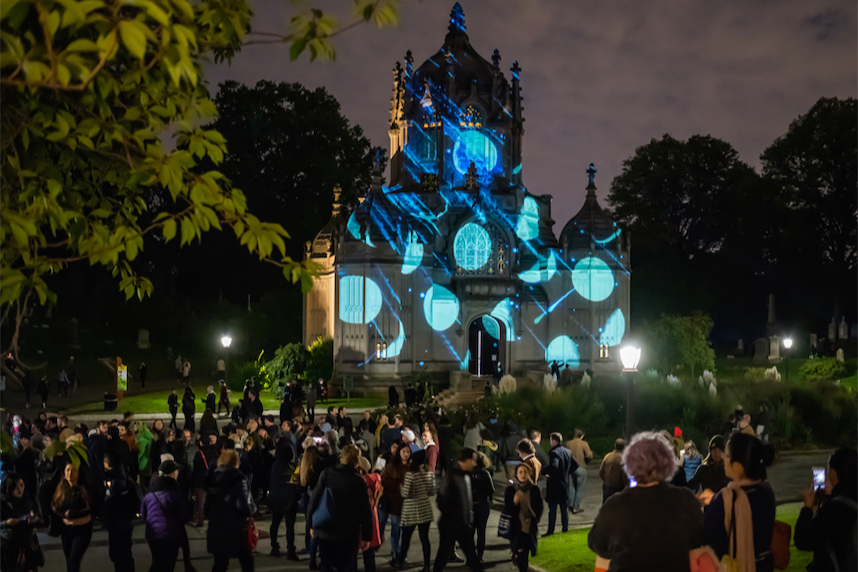 Nothing screams Halloween louder than a graveyard, and generally, we can count on Green-Wood Cemetary to bring the coolest and creepiest events. Due to the pandemic, the last few years have been quiet, but this year their calendar is filled to the brim with tours, talks, and trolley rides concerning ghouls, spiritualists, and the history of the dead. There’s even a free monthly “Mortality & Me” book club. All of the events sound fascinating, but if we had to choose just one, it would be the return of Nightfall, “a celebration of life, death and everything in between” that includes movie screenings, concerts, and storytelling. Writer Nicole Davis visited in 2019, pre-pandemic, and reported, “I was one of the many who were mesmerized by the evening’s pop-up performances; a candlelit chamber concert in the catacombs still stands out as one of the most beautiful experiences I’ve had in New York.”  Thursday, October 20, 7-10 pm. Tickets: $75.

The post 5 thrilling ways to enjoy the spooky season (hold the pumpkin spice) first appeared on Brooklyn Based.

Did you miss our previous article…
https://brooklynjim.com/passenger-dies-in-gowanus-crash-driver-arrested-2/