Over 550 people attended the El Caribe Country Club Winter Gala for the Brooklyn Chamber of Commerce last Thursday. The chamber is in full swing, and the mercantile health of the borough was on display from small business owners to capital tycoons.

The Brooklyn Chamber of Commerce was founded in 1918 and remains the leading economic development organization in Kings County. Brooklyn-founded corporations that grew into international companies, like Pfizer and Squibb were among the founding companies that formed the Brooklyn Chamber of Commerce. Today, international companies with a Brooklyn presence, such as Prudential Insurance and Meta, Google as well as Mercedes Benz support the organization.

The chamber of commerce is also partnering with Business Improvement Districts across the borough to improve neighborhood development and celebrated the relaunch of the Brooklyn Tourism Council and the creation of the Energy Committee.

In his President’s Report, Peers reminded guests that the Chamber’s latest project, the “Brooklyn Made” holiday pop- up located at Industry City, is open Thursday–Sunday, through the year’s end. The pop-up features locally-made merchandise from over 45 innovative vendors, and could take root year-round.

During the program, President of the Ukrainian American Chamber of Commerce, Misha Migda, presented Peers with a special recognition for his work aiding relief efforts in Ukraine, especially through his support for small business owners from the region.

Anna Oliveira, Chair of the Brooklyn Chamber of Commerce, and Brian Chin of Investor’s Bank, a division of Citizen’s Bank, with members of Green Wave, makers of environmentally friendly tableware.

“We are focused on a recovery and a return to normalcy in the coming year,” Peers said. “Several factors are still impact- ing the success of businesses in the borough, including rent ar- rears, a soft labor market, sup- ply chain issues and crime and public safety. In 2023, we are re- starting the Real Estate and Development Committees, bring- ing back the Building Brooklyn Awards, launching the Brooklyn Entrepreneurs Academy for BIPOC businesses and leading foreign trade missions.” 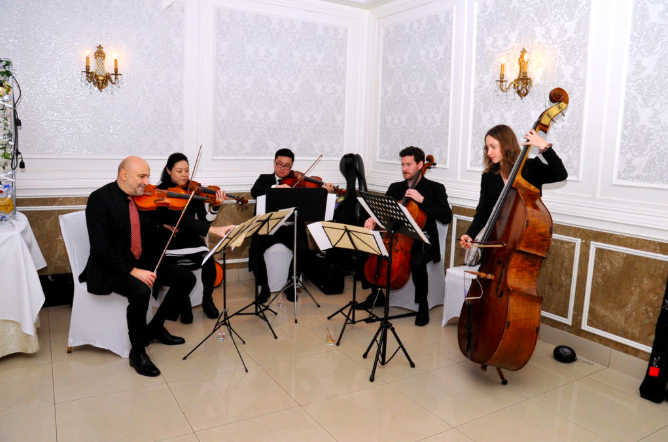 “Brooklyn is a melting pot of culture and a hotspot for tourism in our state. Empire State Development celebrates the Brooklyn Chamber’s leading role in the borough’s ongoing recovery; connecting businesses to resources, issuing micro-loans, and hosting events and networking opportunities for those most in need,” said Hope Knight, President, CEO and Commissioner, Empire State Development. “These projects ensure a better quality of life not only for small business owners, but for residents of every neighborhood.”

“Brooklyn is leading the City’s economic recovery and job growth, and the borough is an engine of economic prosperity. But the recovery hasn’t been easy. The Chamber continues to be an unparalleled partner as they act as a resource for small business owners struggling with rent and labor market issues,” said Ingrid Lewis-Martin, chief advisor to Mayor Eric Adams. “Our administration is proud to partner with the Chamber to up- lift small business owners here, as we spearhead a just and equi- table economic recovery for every borough across the City.” 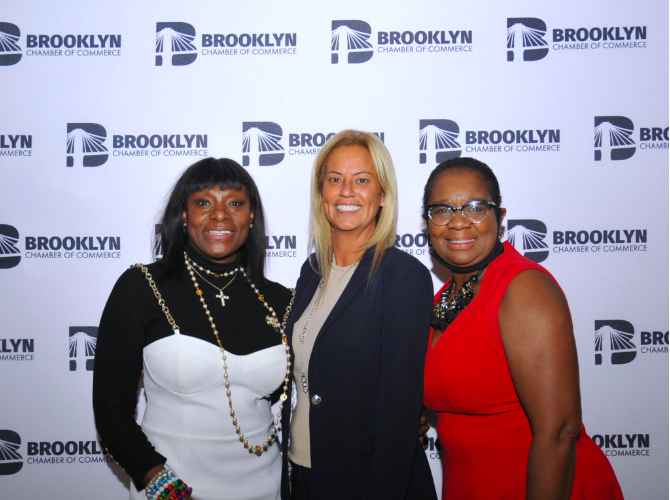 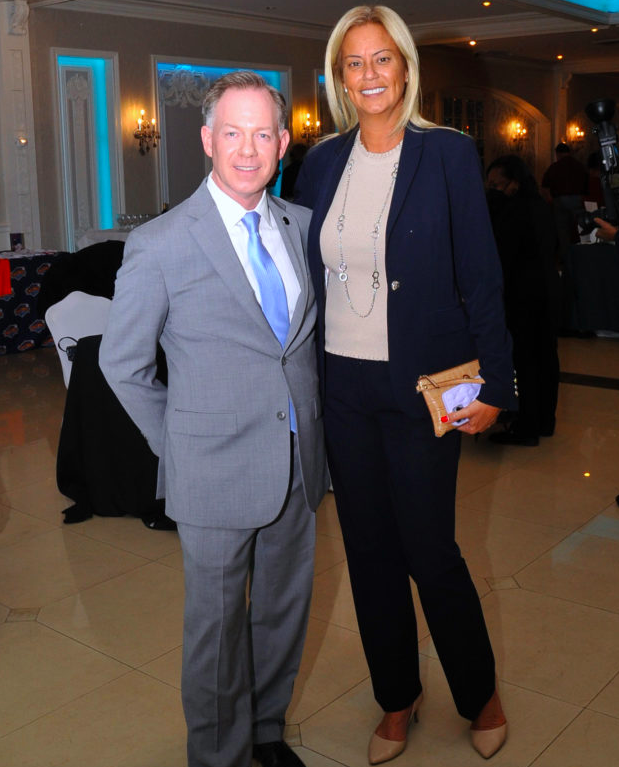 Guests enjoyed a quintet from the Brooklyn Chamber Orchestra, followed by a performance of carols from “Gurbo, Caserta and Lee,” comprised of Victor Gurbo and Chamber employees Mark Caserta and Kath- ie Lee. Sounds by DJ Daughter Disco, and a performance from duo Mmeadows–comprised of Kristin Slipp and Cole Kamen- Green–closed the night.

Did you miss our previous article…
https://brooklynjim.com/pantrys-presents-make-kids-smile/